After receiving blood work that was needed to obtain a life insurance policy, tests indicated that Bruce Poland’s protein levels were high.

Bruce was referred to Wake Forest Baptist’s Comprehensive Cancer Center where a team of cancer experts diagnosed him with multiple myeloma.

“I didn’t have any kind of physical indicator that I had multiple myeloma,” said Bruce. I had run a 5k the day before I was diagnosed.”

“Multiple myeloma is the second most common blood cancer in adults in the United States but the diagnosis isn’t easily made,” said Dr. Cesar Rodriguez, a nationally recognized expert in multiple 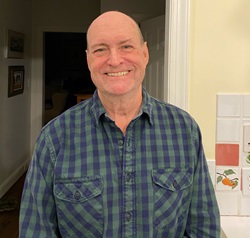 myeloma. “It often takes months for some doctors to reach that diagnosis because of insidious symptoms that may present which are not specific to myeloma such as bone lesions, kidney failure, and frequent infections. In some instances, similar to Bruce, people get routine exams and high protein levels are discovered.”

“I was devastated,” said Bruce. “I researched my diagnosis and at the time the life expectancy of someone diagnosed with multiple myeloma was only three years. I couldn’t bear the thought that I only had three more years to live.”

“Thanks to novel therapies that have come to the market in the last ten years, multiple myeloma has become a more chronic disease,” said Dr. Rodriguez. “We are seeing patients in clinic that are now five, ten, fifteen, and even twenty years from the time of their initial diagnosis.”

“When Bruce was diagnosed in 2010, he received standard chemotherapy that is used to try to achieve remission,” said Dr. Rodriguez. “Bruce’s cancer was very resistant and control of it could not be achieved after multiple types of therapies. Bruce was offered the option to participate in a clinical trial using immunotherapy which was new and novel at that time. The trial consists of a bispecific T cell engager immunotherapy that has now become a very promising type of therapy within the immunotherapy field.”

“A pilot phase of this study was conducted in Germany and the Phase I was later conducted in the United States with Wake Forest Baptist being the first in the country to offer this treatment,” said Dr. Rodriguez. Phase I clinical trials are the first stage in a treatment study and serve to test experimental therapies being used for the first time in humans. A Phase I trial specifically tests a drug’s safety. Treatment outcomes in this initial phase of clinical studies vary substantially.

“I decided to enroll in a clinical trial because I wanted to help others while helping myself,” said Bruce.

Bruce is now in remission and is forever thankful for his Wake Forest Baptist care team.

“To all of the staff including nurses, doctors, physician’s assistants, and those who oversee my study, I just can’t say ‘thank you’ enough,” said Bruce. “Thanks for never giving up and offering new treatment options. I am truly doing better than ever.”

Due to the nature of multiple myeloma, it is not one hundred percent curable so Bruce will remain on this clinical trial as long as his body tolerates the treatment.

This unit will help give patients receiving experimental therapies the expert level of care needed for successful treatment,” said Dr. Rodriguez. “This is crucial because phase I trials need a trained team that can handle all of the ancillary attention and tests required to guarantee the safety of patients.”

These trials offer patients in the region treatment options that are not commercially available but may be more effective than therapies that are currently available to the general population. 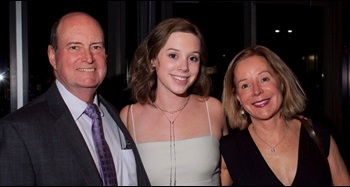 “We are proud to have this Phase I unit in place, giving hope to those participating in early phase studies and contributing to the well-being of our future patients who may benefit from the therapies being studied,” said Dr. Rodriguez.

Find out more about our clinical trials.