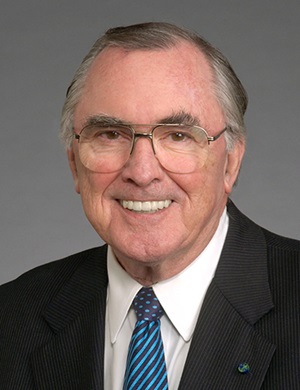 “Dr. Janeway’s impact on our health system, our faculty, our students and our community was substantial,” said Julie Ann Freischlag, MD, Wake Forest Baptist’s chief executive officer and dean of the Wake Forest School of Medicine. “He was an energetic, determined and dynamic visionary who oversaw great change and improvements at Wake Forest Baptist.”

He also led the largest physical expansion program in the history of the medical center, a $200 million project that includes the tower that bears his name. He also laid the foundation for Wake Forest Innovation Quarter, a 200-acre, mixed-use center in downtown Winston-Salem focusing on the biomedical and material sciences and information technology fields.

Janeway graduated from Colgate University, earned a medical degree from the University of Pennsylvania School of Medicine, and completed internships at Penn and the School of Aerospace Medicine. He also served as a director of base medical services and as a flight surgeon in the U.S. Air Force.

He joined Wake Forest Baptist in 1963 as a National Institutes of Health trainee and as a resident in Neurology. He was named professor of Neurology and dean of the School of Medicine in 1971. His additional titles and roles included vice president for health affairs (1983-90), executive dean (1985-94) and executive vice president for health affairs (1990-97).

“I’ve always thought that one of my major jobs is to help people’s dreams come true,” Janeway once told an interviewer. “It doesn’t really matter how many buildings you build. It makes a difference as to how successful the programs are and how successfully the people within your organization develop within their careers and as human beings.”

Janeway was preceded in death by his first wife of 54 years, Katherine Janeway. They helped start the Cancer Patient Support Program at Wake Forest Baptist.

Surviving family members include his wife, Nancy, his three children, his 10 grandchildren and one great-grandchild, and Nancy’s son. The family requested that contributions be made to the Richard Janeway, MD, Scholarship Fund at the Wake Forest School of Medicine or the charity of one’s choice.

This year’s Winterlark fundraiser to support the Cancer Patient Support Program at Wake Forest Baptist Health’s Comprehensive Cancer Center was the most successful in its history, raising more than $329,000. 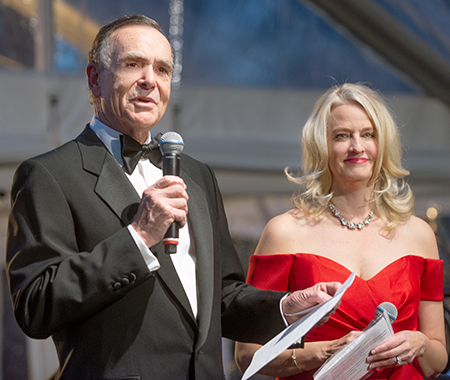 Capital Bank served as presenting sponsor for the 36th annual event, held Feb. 9 at Graylyn International Conference Center. Patti and Phil Shugart of Winston-Salem chaired the event. More than 500 people attended, and more than 100 members of the community volunteered to help stage the gala.

The 37th annual Winterlark is scheduled for Feb. 8, 2020, at Graylyn and will be chaired by Cathy and Chris Pace. Allegacy Federal Credit Union will serve as presenting sponsor for the next three years.

The Cancer Patient Support Program provides counseling, patient education, support groups and other services to the community free of charge. It has been widely recognized as a best practices model for cancer centers nationwide. 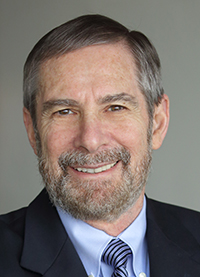 “I would say it’s the right size,” said Douglas R. Lowy, MD, whose research helped create a highly effective vaccine against human papillomavirus (HPV). “It’s big enough to be a Comprehensive Cancer Center, but it’s small enough to be nimble, for people to know each other and to work together.”

The NCI designates select cancer centers in America as “Comprehensive” for meeting the highest possible standards for patient care and research. Wake Forest Baptist is the only NCI-designated Cancer Center in western North Carolina and the highest ranked in the state in U.S. News & World Report’s most recent rankings.

During his visit, Lowy delivered the 12th annual Deal Lecture. He also spoke at a community forum at Graylyn International Conference Center and met with faculty, researchers and students.

Lowy and research colleague John T. Schiller, PhD, worked to develop and test the preventive virus-like, particle-based HPV vaccines that are now used in three vaccines approved by the U.S. Food and Drug Administration for HPV. The vaccine can help prevent cervical and other cancers associated with HPV infection.

To help reduce anxiety for family members and friends waiting outside the operating room, Wake Forest Baptist Health has introduced a new form of direct communication.

Wake Forest Baptist is the first hospital in North Carolina to use EASE (Electronic Access to Surgical Events), a HIPAA-compliant cell phone app that allows an assigned nurse in the operating room to update approved loved ones on the status of a patient’s surgery.

The app lets family members receive secure and appropriate texts, photos and videos—based on their preferences—at certain points during surgical procedures. These updates also can be shared with an unlimited number of permitted designated contacts anywhere in the country. The optional application is free for patients and their family members and available in nine languages.

Wake Forest Baptist Health and Wake Forest University have partnered on a new state-of-the-art pitching lab to help identify the causes of elbow and shoulder injuries suffered by baseball pitchers and to find ways to prevent such injuries from occurring. 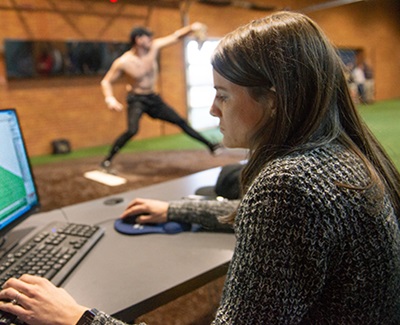 The biomechanics lab is one of the first of its kind in the United States and integrates the Wake Forest athletic department with the sports medicine experts at Wake Forest Baptist.

The pitching lab uses 16 high-speed cameras and motion-capture markers to record every detail of a pitcher’s throwing delivery and follow through to provide instant feedback on several large video monitors. The lab is part of a $12 million player development center located at Wake Forest’s David F. Couch Ballpark.